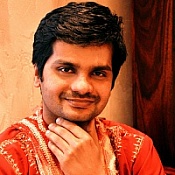 Samjith was not a yoga teacher from the beginning, as he gained a Bachelor’s degree in commerce. He started practicing yoga later for health and was so much fascinated that he changed his profession and decided to dedicate his life to yoga. In 1999, while he did not even think about being a yoga teacher, he took 2nd place at the Yoga State Championship. Later Samjith often participated in demonstrative yoga performances with international dance group in Karnataka all over India.


Besides classic hatha, Samjith teaches postpartum yoga, yoga for pregnant and lessons for children. His ability to work with children every time delights parents of the most fidgety yogi and yogini. This teacher pays special attention to future mothers who decide to continue practice in such responsible and complicated period. At the lessons for pregnant he tries to pay maximum attention to each student and offer an appropriate practice course.

Only the best work in "Kerala" — See yourself!


Other specialists in area "Yoga and Yogatherapy"